I recently finished reading a wonderful fantasy/historical novel named The Buried Giant by Kazuo Ishiguro. It's a story of an old couple's journey in Saxon England and the characters they meet along the way and my it is so beautifully told by the author. I can't recommend it enough, so read it if you haven't already and I won't go into the plot here. But if course it so inspired the model making part of me and with the characters so fresh in my minds eye, I made a few purchases and found a few old models to represent the characters of Axl and Beatrice (the two elderly main characters), Edwin the boy and Wistan the warrior and Sir Gawain and his steed: 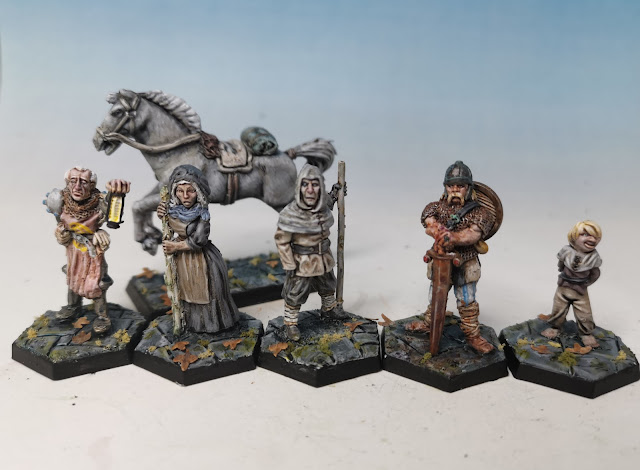 The first two models I bought were for Axl and Beatrice, they are Reaper models (part of a villagers set) and when they arrived they were quite a bit bigger than I expected. I removed the broom from her and sculpted a hood and scarf over her head: 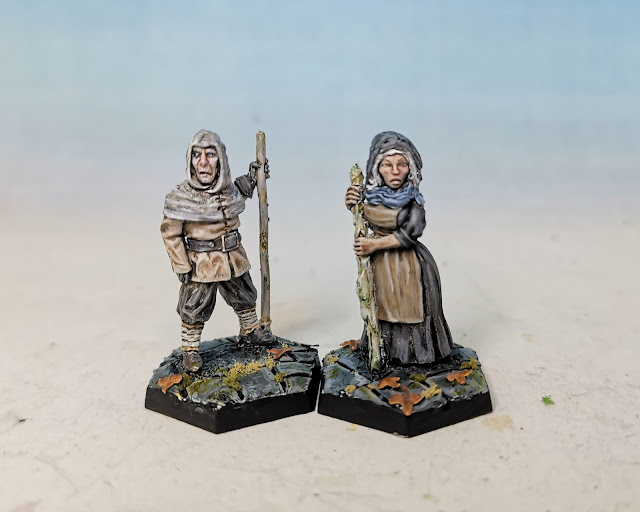 Then for Wistan I used an old Citadel warrior, however he looked tiny next to the Reaper models, so I cut his legs and extended them to give him a more heroic size. The boy Edwin is a resin model that I bought direct from ebay: 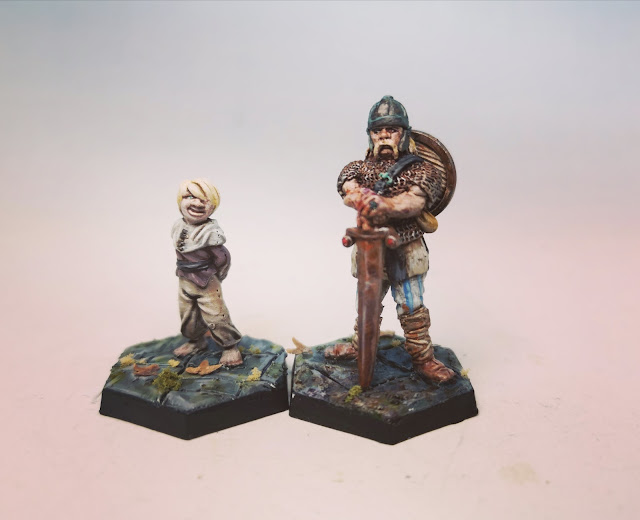 Finally, the ageing Sir Gawain is a Citadel paladin I got from an eBay auction, again having to cut his legs and elongate them to give him greater height and his steed is an old, brown plastic steed that I sculpted some extra details on, including a new right, front leg which had snapped off at some point in its long past on my bitz box, as well as some reigns and saddle equipment to show that they have been on a long mission: 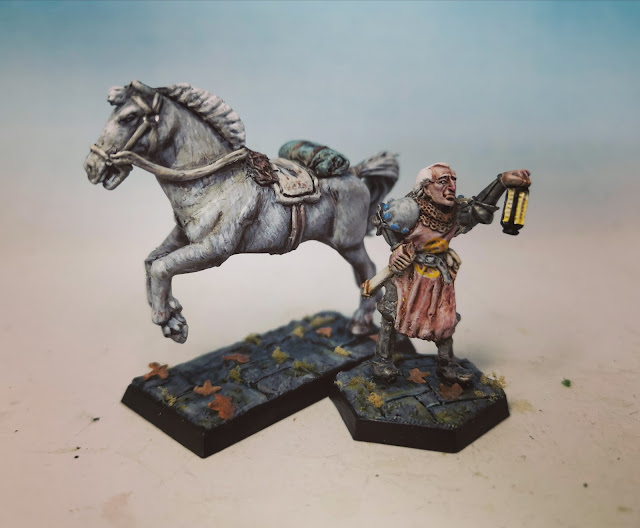 Here's the sculpting in progress: 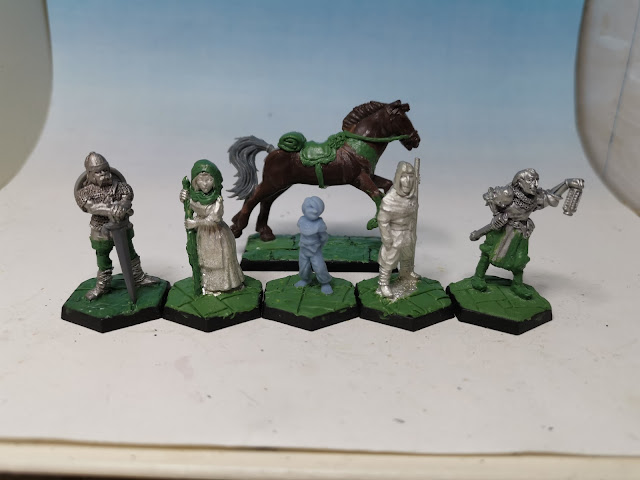 And a few glamour shots on my modular tiles: 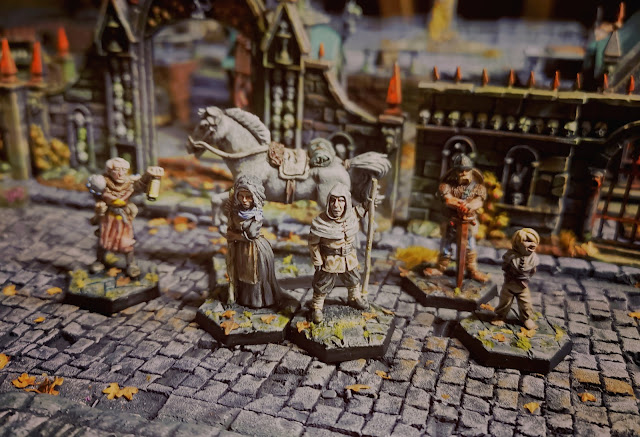 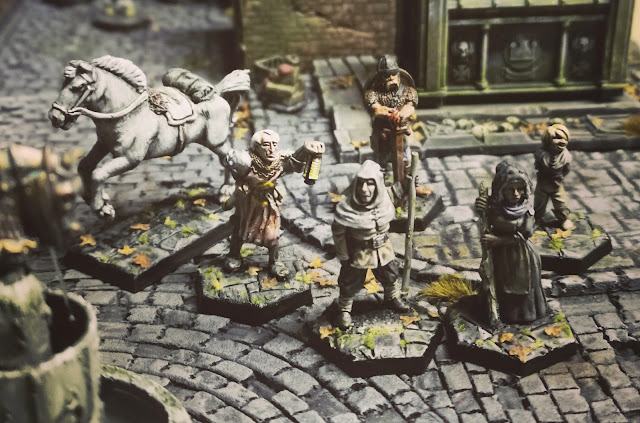 Now I'm tempted to tell the story with my models (I have some painted ogres) and some unpainted monks somewhere, as well as some female plastic ghosts, but it would involve me building and painting my Great Spined Dragon and I'm not sure I'm ready for that just yet... We'll see, but in the meantime, read the book!

Posted by Stuart Bannister at 11:41