From the largest pointed unit (1200 for the Plaguebearers) to the smallest, a couple of Spawn at 25pts each. In the LatD these are described more as a pack as can (and probably should) be led by a Champion of Chaos, so eventually I'd like to do a converted spawn made up of lots of bits from my box and add him to these two and add a leader to marshall them around the battlefield. 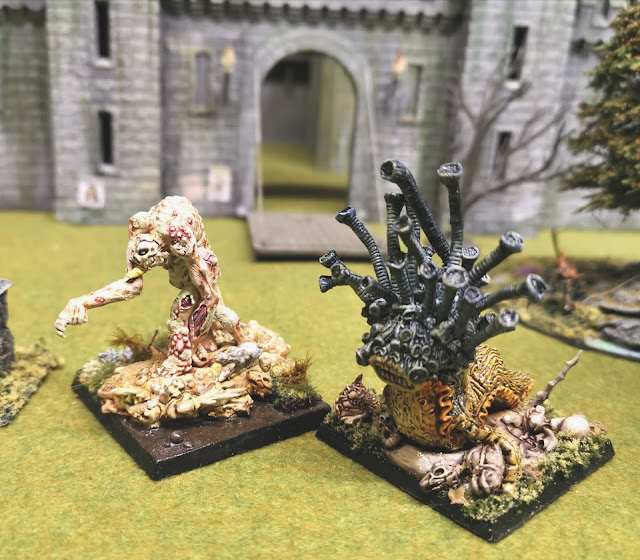 Obviously these two are both classic Citadel miniatures, the left model being an old Plague Elemental and the right one being a Spawn of Nurgle, the latter having a slight conversion in removing the funny legs that came with it and sculpting some tentacles there instead. Both these old models though suffer from the perpendicular restraints of sculpting from that time, so when faced from the front both models look quite flat and symmetrical (although with the slug spawn you can reposition the tentacles on it's head to create more dynamic movement) and hence why I've photographed them both on the angle. 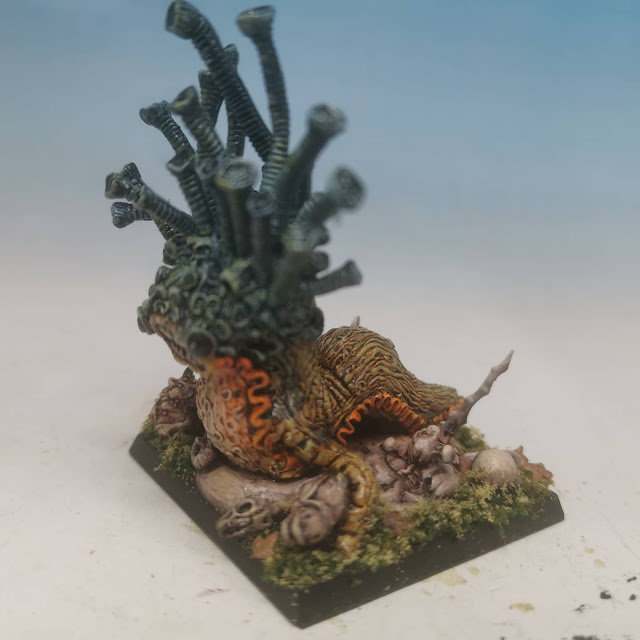 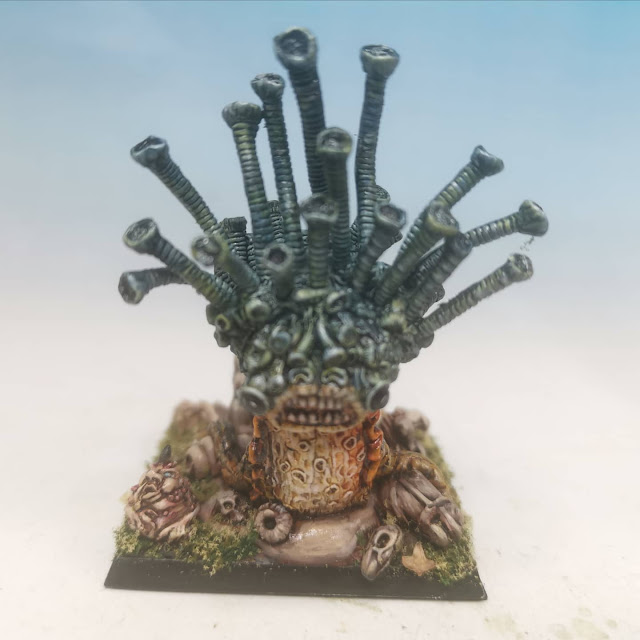 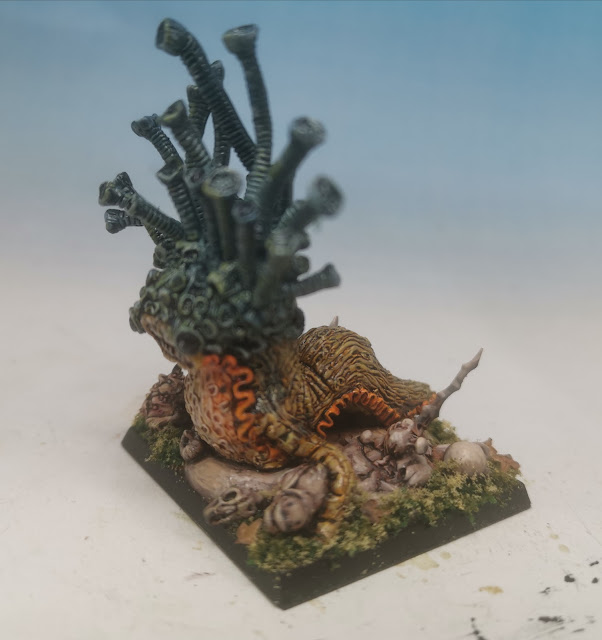 For this Beast of Nurgle I did a little research on slugs to get the correct colour scheme and used a little gloss varnish to capture the slimy nature of it's body. You will notice the basing on both models is slightly different from the rest of the army, in that there are a collection of organic shapes molded into the landscape, the idea behind this is based on the premise that:
"the very proximity of a Beast is sufficient to kill small animals and plant.... or may age and decay perceptibly in their presence" (LatD p.20)
So a collection of small bitz from the box were impressed into some milliput and sculpted into the base to give the appearance of a dying, organic mass surrounding the model as it moves forward. 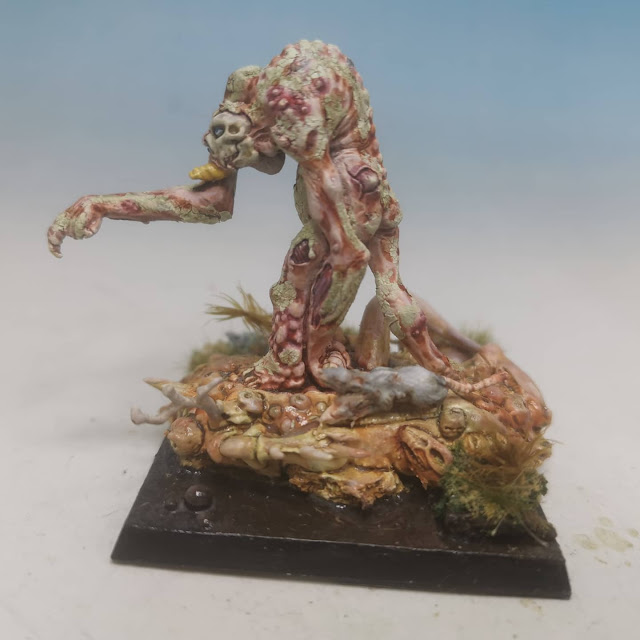 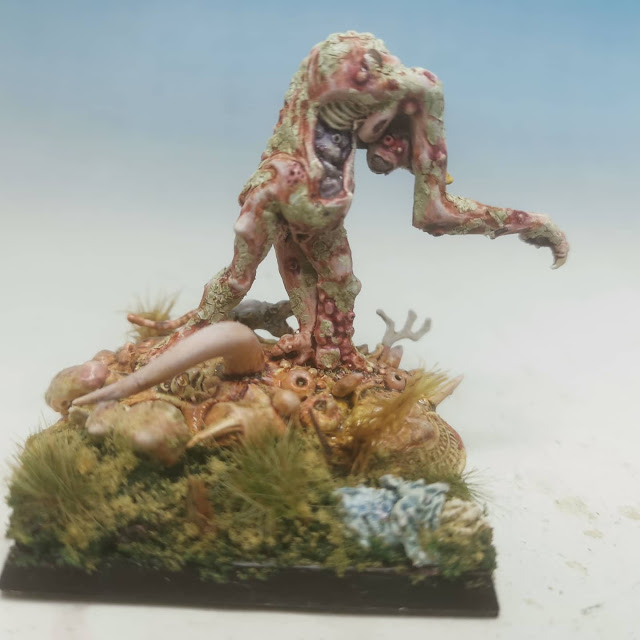 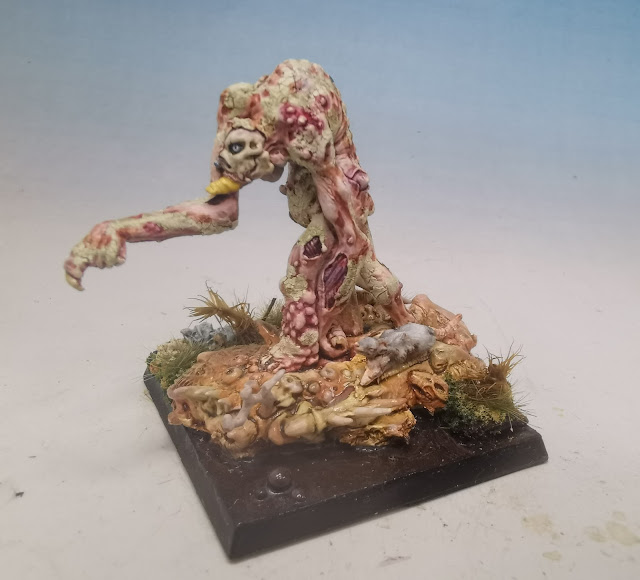 With the Plague Elemental I also experimented further with some skin painting techniques. Over a white undercoat I painted all the pinks with Contrast paints and highlights. Over this I then mixed some crackle medium into the pale green colouring of the skin and dabbed this onto areas where I wanted to create a peeling, cracking skin effect over the pink, exposed areas. 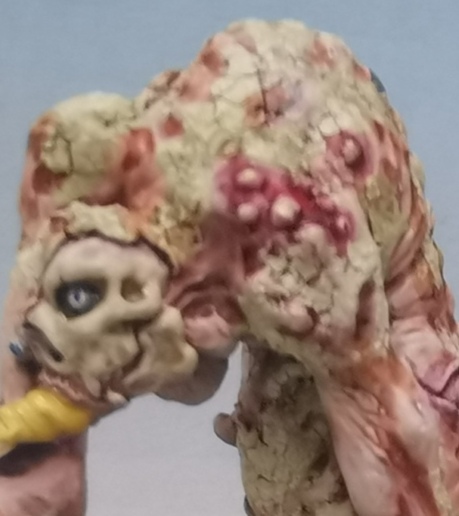 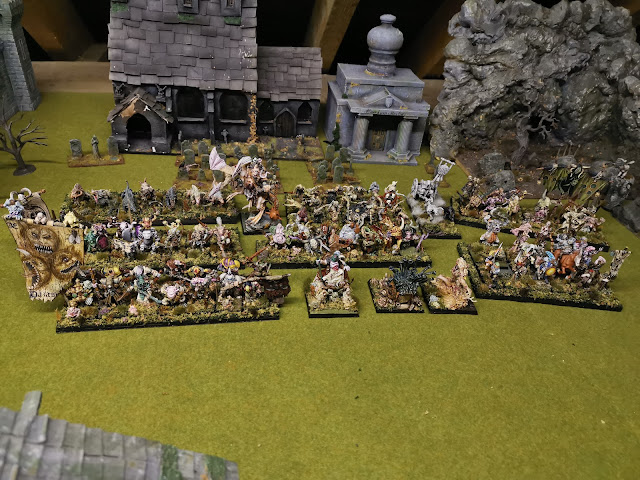 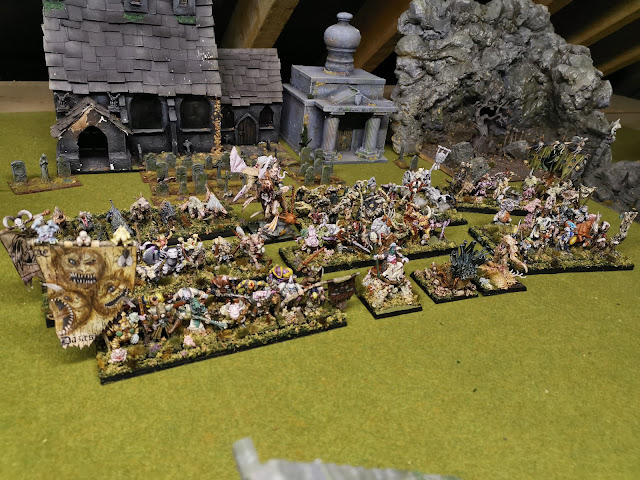 Next up are some kitbashed Nurgle Beastmen, using mostly plastic kits...
Posted by Stuart Bannister at 11:38