This unit has taken me a little longer than expected to complete, even though half of the models were already painted. The other half needed to either have their conversions completed or, started from scratch, so it was quite the involved process. But it had reminded me of of how much fun it is is to make multiple, themed kitbashes, as I always prefer this to the painting stage.

The theme here is clearly a Nurgle Pestigor unit, so I've rotted these models up by including elements of plaguebearer models and also through adding the usual green-stuffed bloated bellies, sores and postules from water filter beads. Adding lots of additional horns was important too. But I also wanted to explore the part beast part man aspect more deeply and not just go down the goatman route that GW has developed. Therefore I've really tried to use a wide range of bestial parts from my bitzbox to make each of these chaotic creatures; from horse heads, to spiders legs, to cow torsos there's quite an eclectic mix. I've generally used the regular beastman torso to have some unity to the conversions and also because I had a load of them to use. Here's the completed unit: 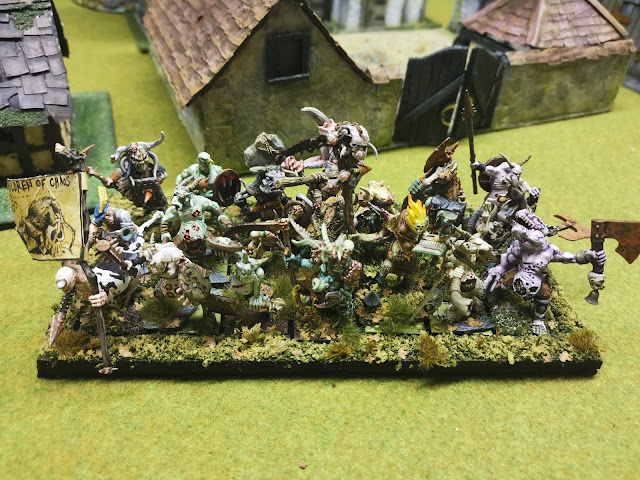 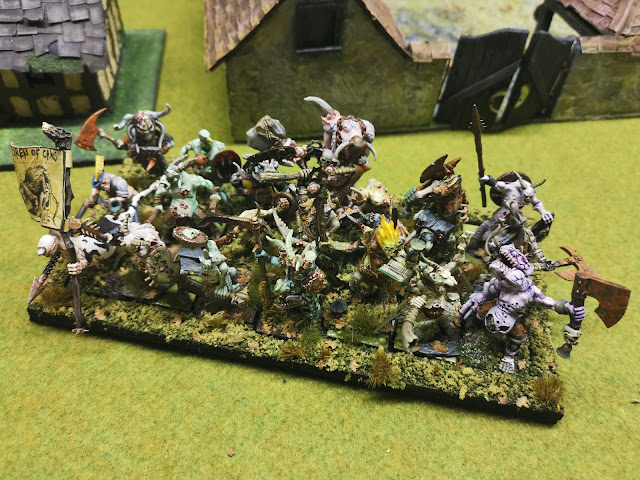 And now you'll have to excuse my exhaustive photos, as (for me) it's quite nice to see each of my creations individually:

The next few are the more recent conversions that I made from scratch to complete the unit:

So the army continues to grow, here's a current group shot. If I add the 220pts of this unit to the army, we're now looking at 4625 points. 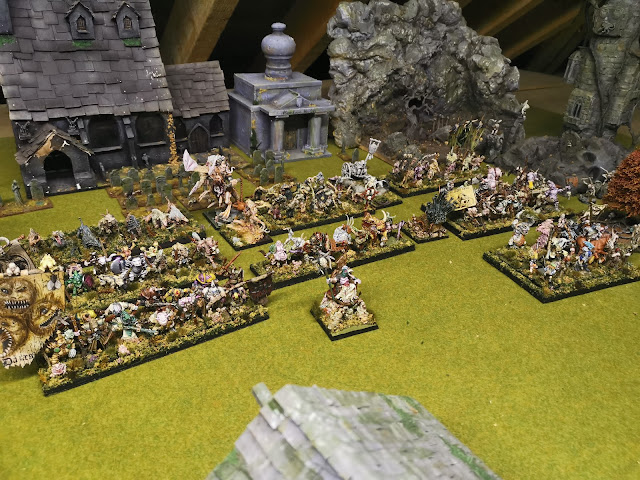 Some chariots next (although there will be a short Orctober interlude)
Posted by Stuart Bannister at 09:50