I've added another vehicle to my 40k motorcade (for Rogue Trader or from Gaslands!), this time an historical model pimped up with some sci-fi, kit-bashed additions.
The main model (1:35) is an excellent Tamiya, German half-track - a vehicle that has a whole host of detail and tiny bits of plastic on it's sprue to keep you challenged when constructing. The wheels and tracks are all moveable, but I decided to glue them in place to make painting a bit easier. I think the larger scale just about works. The additions to the build include an Ork gun (rear) and skull, a metal lasergun (?), bits from a computer motherboard, pieces of lego, rolled greenstuff, plasticard plating and other futuristic bits that I found that I believe are from Ramshackle Games.

Here you can see it with a Bob Olley Rogue Trader miniature that I had forgot to paint for a recent painting challenge: 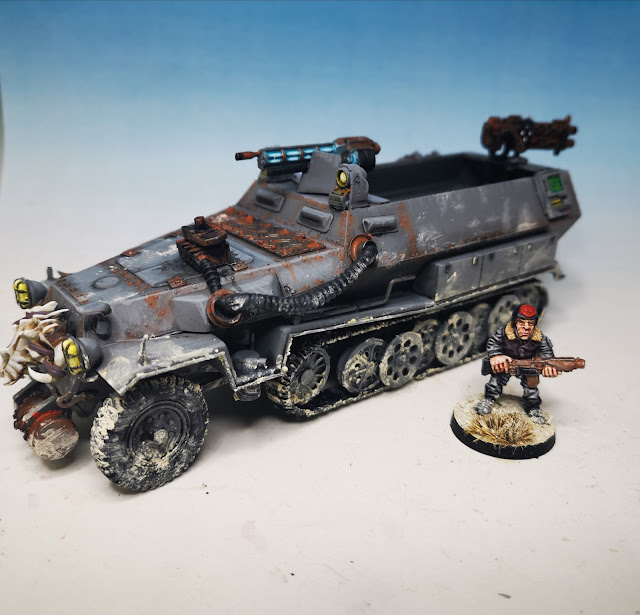 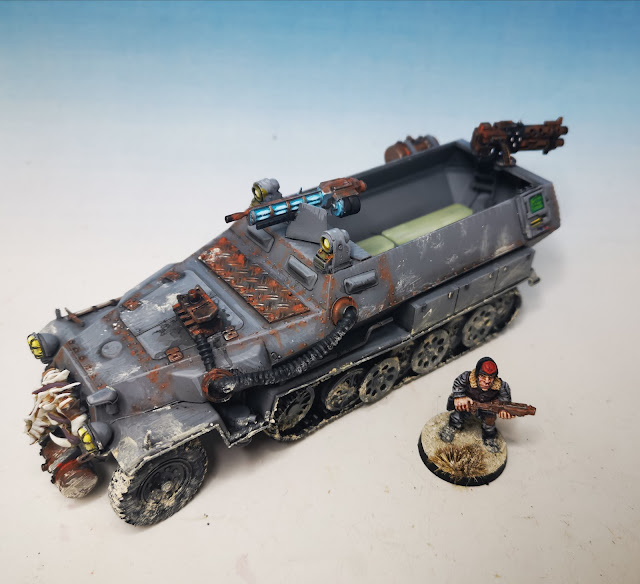 I've put the half-track alongside my other 1:43 scale vehicles here, which looks like the start of a larger scale Gaslands! crew: 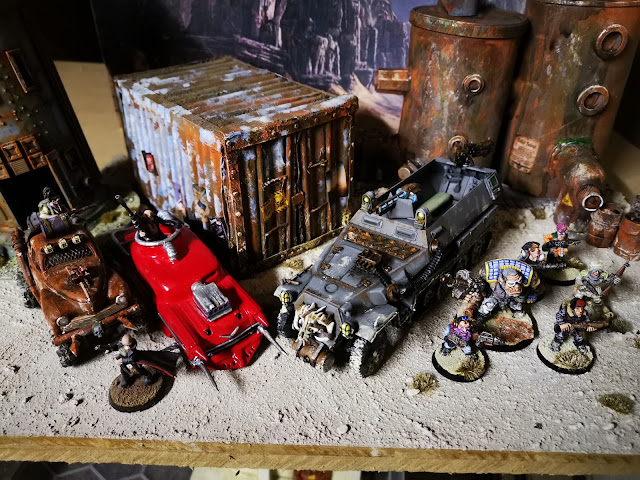 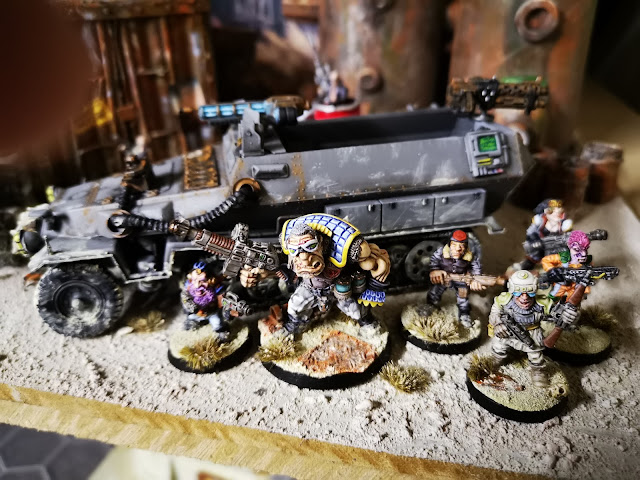 And here you can see the kitbashing in progress: 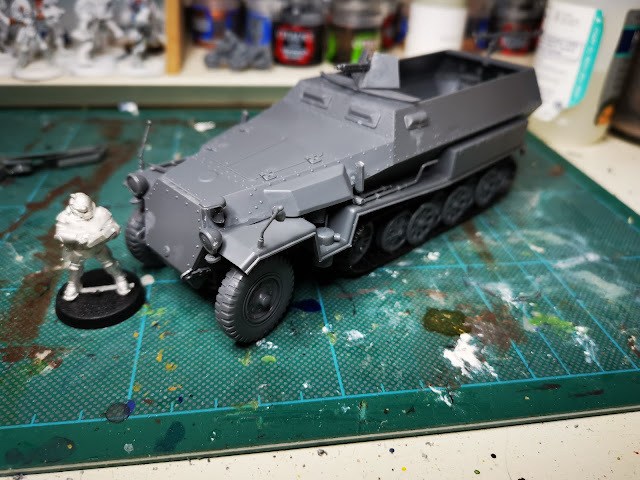 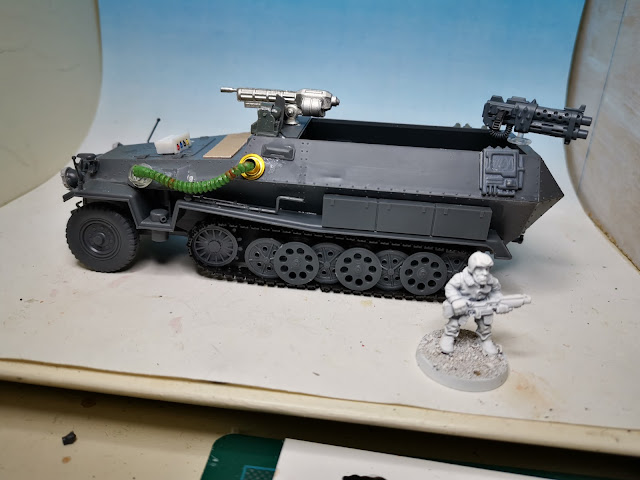 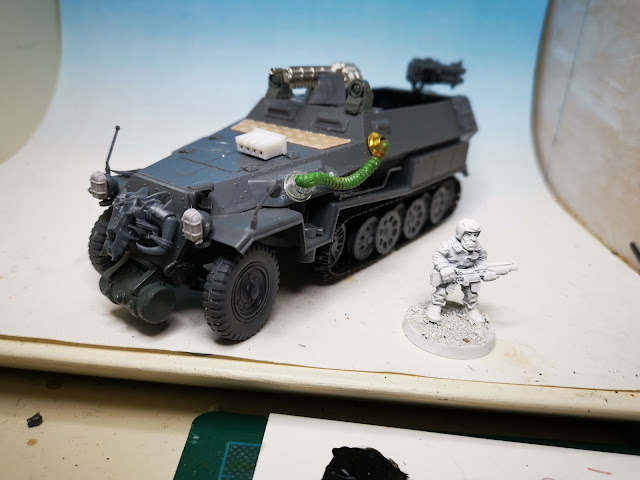 The painting itself was incredibly straightforward. Primed grey, pin wash with brown/black oil paints, quick highlight one with a light grey and then highlight two with the light grey and some white. Some rust and oil stains were added with appropriate colours diluted down and applied in vertical streaks for the rust and splattered on for the oil.

A mix of dry pigment and matt medium was then slathered on to the lower parts of the vehicle, starting with the tracks to show the terrain it has been driving through.

Next up, I'll go back to my Hotwheels scale cars!
Posted by Stuart Bannister at 09:22