I think these are some cracking sculpts, but having now completed them, I wish I’d thrown in some more conversions to make each one a bit more unique and Nurglesque. Anyway, here’s the unit of 7 on their display tray. 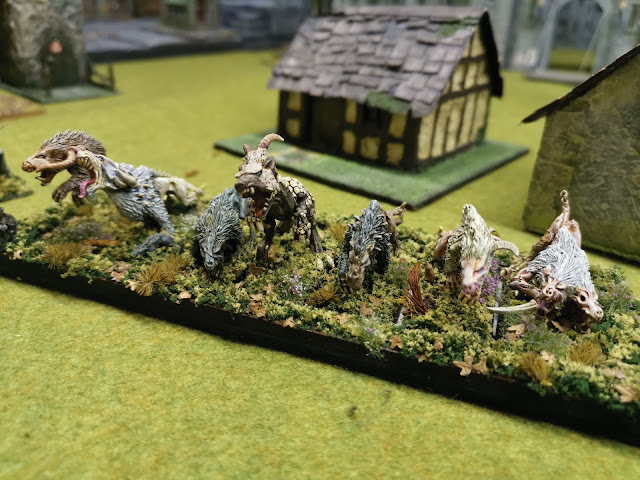 I tried doing a lot of Contrast paint work on these and then highlighing up on the raised areas. These first two are relatively straight forward: 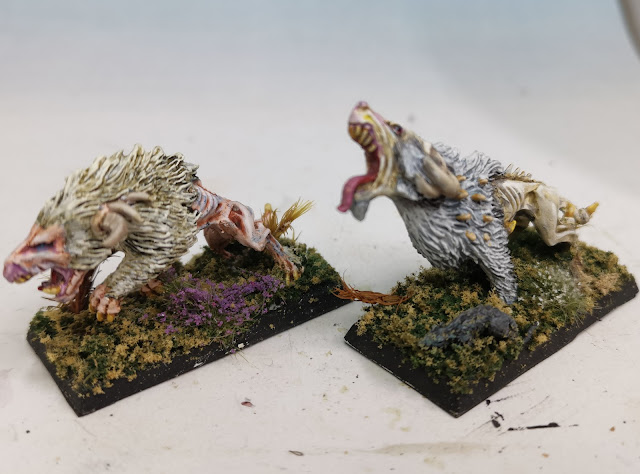 These two I went a bit darker and tried adding a bit of pattern to them as well (again, this is something which I should have explored further) 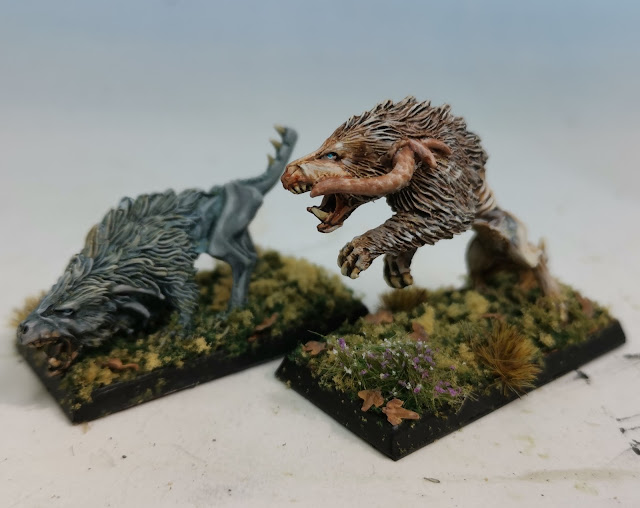 The warhound on the left here is the most converted model based on the warhound sculpt. I received it incomplete and so added an extra head, a troll’s back leg and a tyrannid’s arm at the front. The dog on the right was painted using Typhus corrosion, which gave a really interesting effect as the colours separated (I didn’t shake it enough) and then I highlighted up from that base. 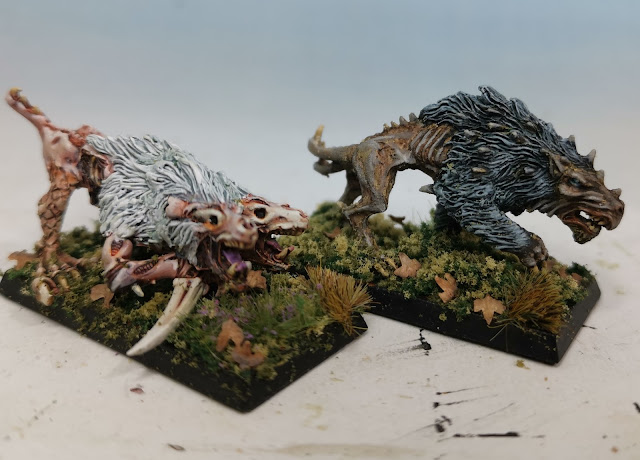 The leader of the pack is a conversion I had started years ago, based on a metal cold one and with a wolfs head, horns and horses tail added. The base colour for this was also Typhus Corrosion which adds a bit of texture to the model and highlighted up. It’s not a good paint for this technique as it’s quite thick and certainly isn’t great for your brushes. 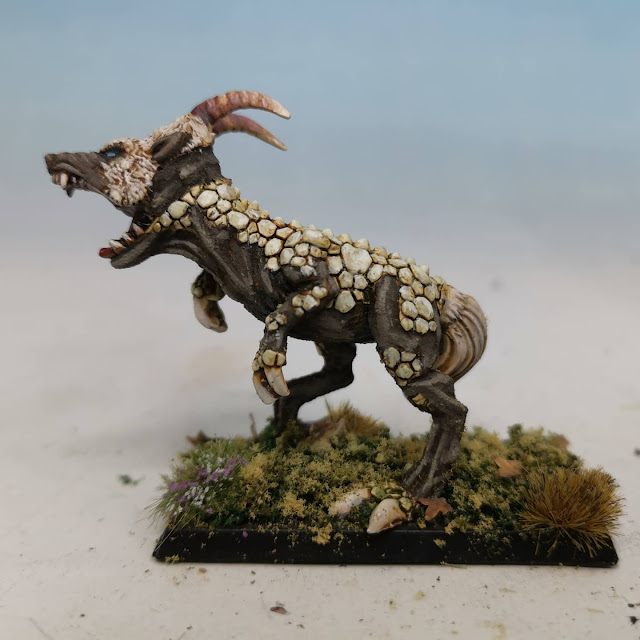 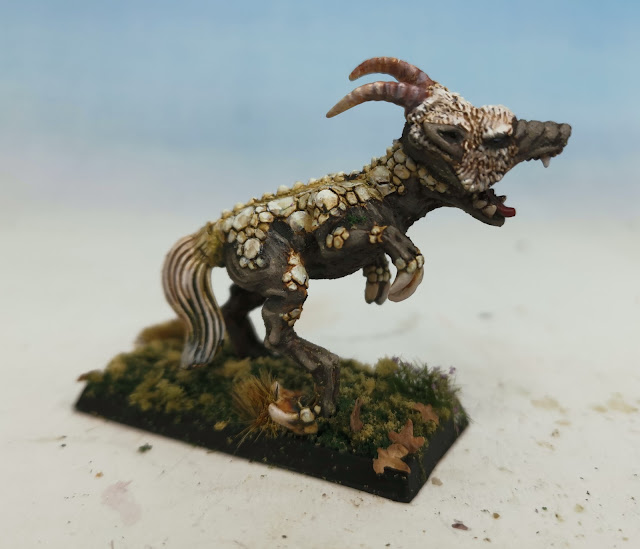 So that brings the tally up to 3155 points. I’ve got some spawn and plaguebearers on the painting table at the moment. More of that next.
Posted by Stuart Bannister at 12:04