I’ve had another quite productive day, moving onto some Gaslands! cars that I started a while ago and never completed. Tomorrow I will be experiencing “remote teaching” so I won’t have much, if any, time to hobby. But it’s been a good run of three days and I’m sure to do a little more over the coming days, weeks etc.

So here they are, a couple of Hot Wheels cars with bits added (mostly) from the Implements of Carnage sprue (North Star) and painted pretty quickly with a limited palette and lots of washes and weathering : 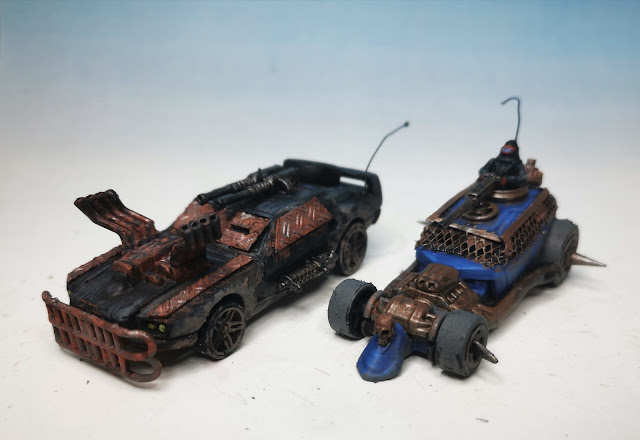 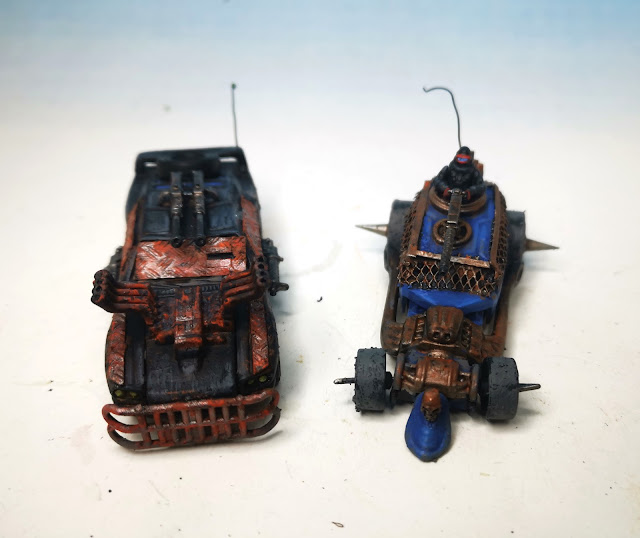 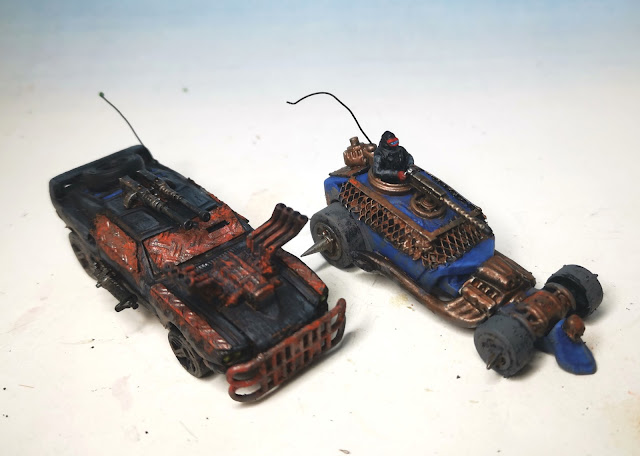 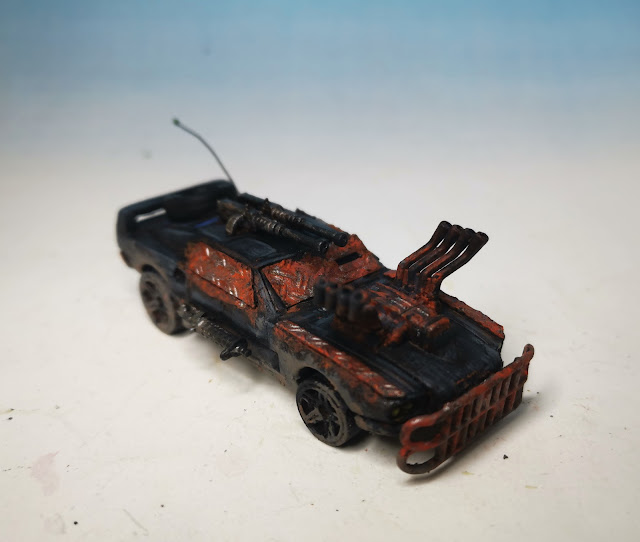 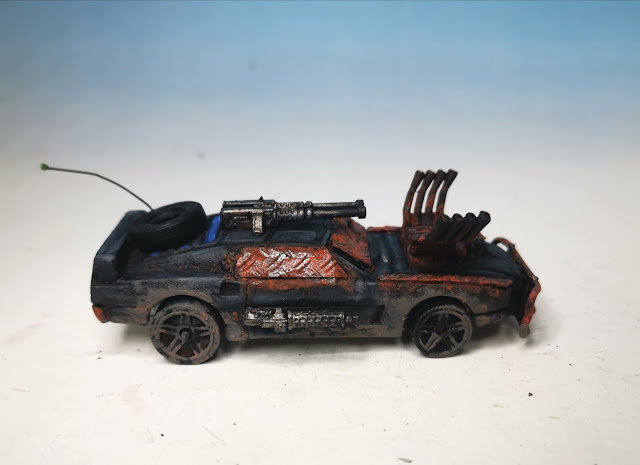 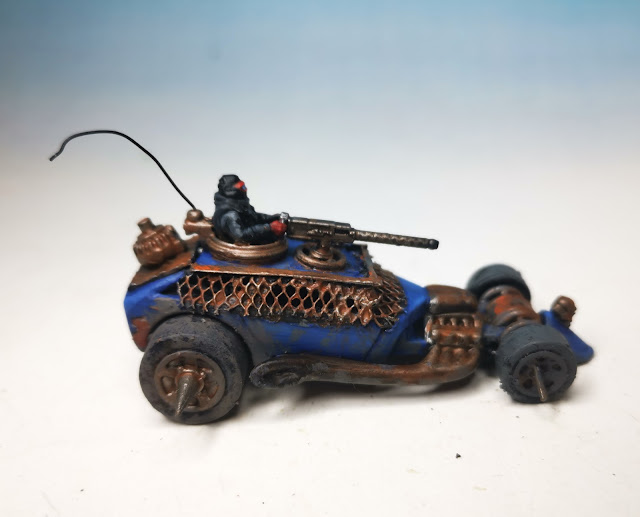 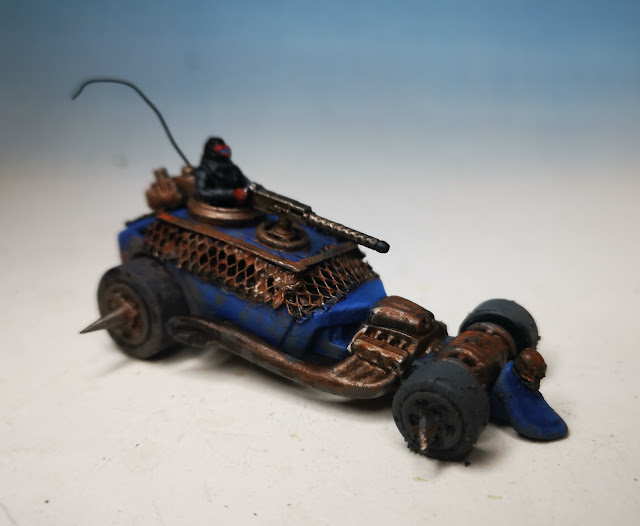 Here they are before the (initial) nightmare that was painting. 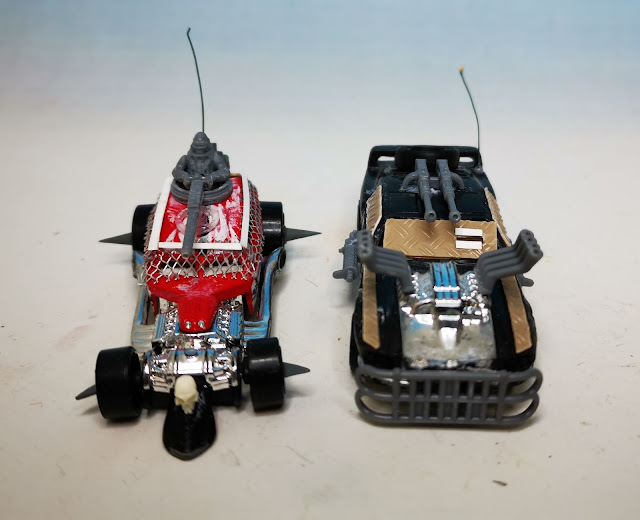 The priming went well, but from there on I decided this would be a good opportunity to experiment with some rusting techniques; both cars were then painted in rust colours and one had salt sprinkled on it the other a Tamiya chipping agent. Both were then given a black spray coat and then when this was dry I used a toothbrush to scratch away the top coat revealing the rust. However I found it way too random, lengthy and unsatisfying, so repainted both to what you now see. 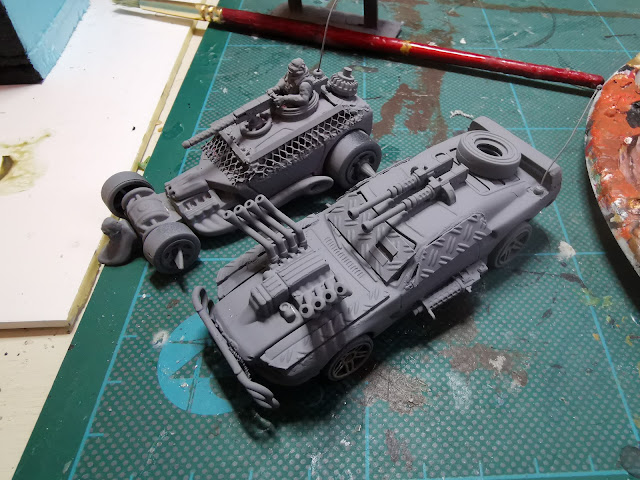 Here are the next two converted up, using the same sprue as mentioned earlier plus some Airfix aircraft kit leftovers, unwanted bits of an X-Wing kit and some plasticard/plastic tubing: 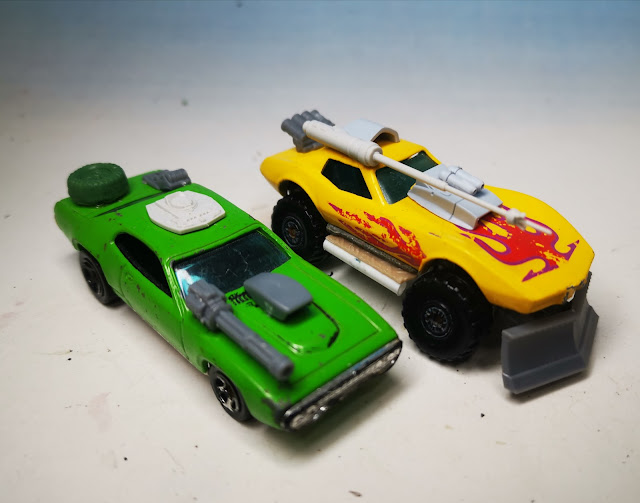 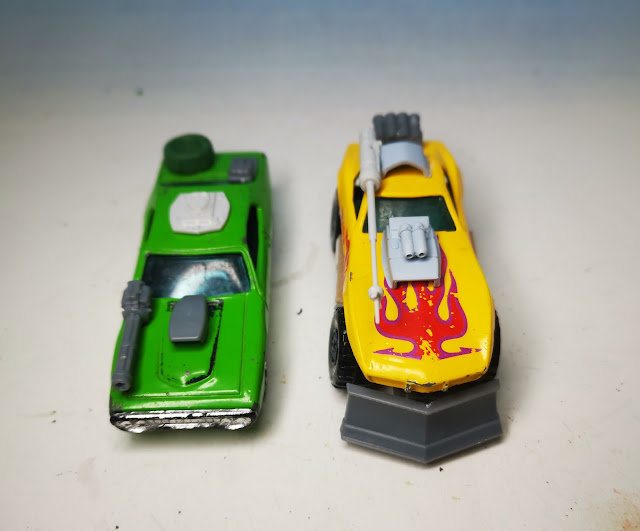 Posted by Stuart Bannister at 20:25